In this Adventure Dating Sim you play an old person who doesn't want to die alone. Romance any of the 4 residents or the nurse. Bring them items they've lost or help them with their troubles. Will you be able to find Love?

Need help, found a bug or just want to talk about the game?
Join the Discord Server: https://discord.gg/JgFtD9W

i can not figure out for the life of me what mx. demayo rages onnn. pls help :<

can't play bc there's no cursor on the screen :(

you don't need a cursor. you control with WASD or arrow keys :)

STOP THIS IS TOO WHOLESOME 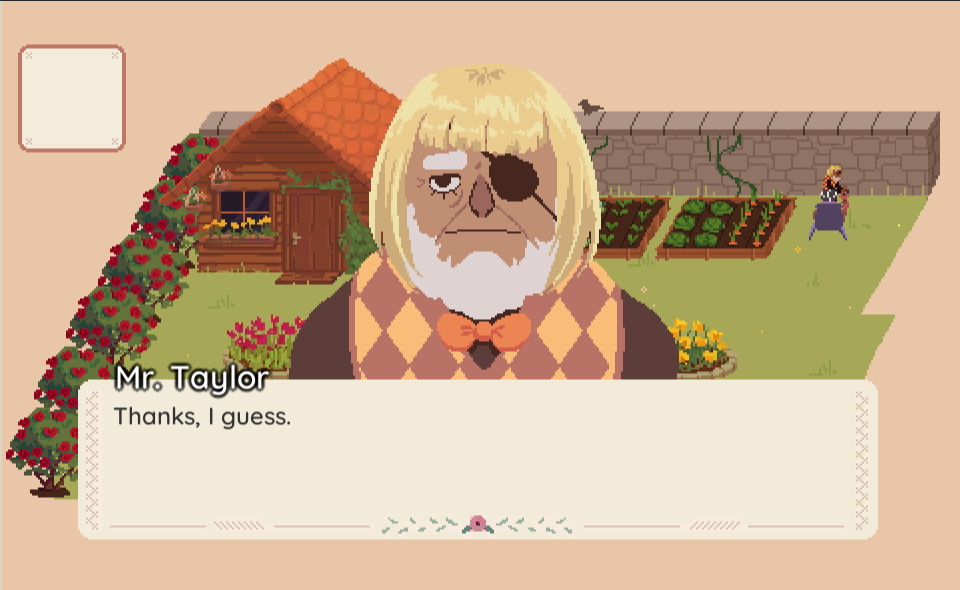 This game is AMAZING!! I love the vfx and sfx. The music and art make this game feel comforting in the same way that Stardew Valley does. I played through the dating sim of course, but I have to say, what I loved the most actually had nothing to do with the story. I LOVED being able to interact with literally every single object ever and get to hear my character's thoughts about them. Especially the little easter eggs like  "It's a mango" and then you pick it up and it's a manga, or "Pokey-man" instead of Pokémon. These little things are things that everyone can relate to hearing from older people, so it was fun to experience those references but then also hear the thoughts of my character, like that they felt more ancient than the game console, etc. It really humanizes the mistakes that older people make when referencing modern pop culture stuff. Tl;dr loved it!

So cute! I love how dynamic each interaction feels. Love the cats, can never have too many cats. Each character is so distinct and genuinely lovable.

Super peaceful game! Although I only finished the game for one partner, I'm excited to know that there's so many other paths out there for me to try! It's nice to have an open-ended game — it feels rewarding for me. Can be a little tricky sometimes, but doable and rewarding at the end.

Loved this game! The art and writing are both super cute and cozy. I hope the dev doesn't mind, but I sat down and made a guide for all routes, since I know I had some trouble during my playthrough. Spoilers are hidden until you're ready to see them. It is a lil uggo but yes.

how do you get taylor's "trumpet" for the band..?

get the grass from that shed outside and then boom trumpet.

Reply
loving u135 days ago

the tombstones are hilarious but why is wiebe's ending so sad 😭😭

taylors ending is so funny lmao

this is unrelated and unhelpful but that sounds so funny without context of having played the game first.

i love this game so much but i cant get over the fact its so hard to find a tut on how to do only 1 ending..like ive tried to do leons ending but it always has to have something else that the person didnt say, i was stuck on the flowers for like 1 hour and gave up!! It's such a cute game but i suck at puzzles and I can't bring myself to scroll and search for half an hour looking for something that I can't find...same with the nurse! i didnt know what to do after i gave him all the items..i dont have the time to sit and watch a 30 minute tut to find out what to do next!! CAN SOMEONE PLEASE HELP I WANNA PLAY THIS CUTE GAME SO BADLY BUT ITS SO HARD TO FIND TUTS THAT LIST EVERYTHING I NEED TO DO!!

"They died doing what they loved:
Eachother"
broooooooo lmao

I finally was able to play this game! It was so much fun! I got every ending! SO cute

i cant play the game at all? it wont let me?

the browser version? have you tried downloading it?

I don't understand what to do after you give the veteran his 'grass trumpet', I gave the cat girl a piggy bank already.. but i'm confused on what to do next.

if you're assembling the band, you need to give each resident an instrument. i think the only one who is missing it leon's pot. :)

i can't find the sleepy cat were is he??? i don't mind spoilers

sorry for the late reply. it's in taylor's room sleeping on his face :)

I can't find the dirty cat. I dug up the whole garden, and he's just not there.

It's buried mid low area. If you turn on the sound you can hear it meow when you're at the right spot :)

What exactly is mid-low area? Thank you for the tip, by the way!

how do i get wiebe's ending?

you have to give him all his lost belongings. :)

The comic book on the book shelf, the gameboy behind the bookshelves and the action figure buried by the tomatoes.

thank you! I love this game sm

lovely game!! I got all the endings!!! They all were so wholesome❤️

WHERE DO U GET EVERYTHING FOR THE SCARECROW

1. take the hat rack and go talk to nurse for permission then bring it to Leona.

2. Go to the veterans room and pick up his uniform, talk to him and he will give you permission then bring it to Leona.

3. Go to Mx. DeMayo's room and take the wig. Talk to him and u can have the wig then bring it to Leona.

4. Go to the cats room and take the yarn. Talk to Ms. Mao. she will say no, talk to Leona and bring Ms. Mao her fav flowers (viola) then bring the yarn to Leona.

I can't find out what to give demayo to substitute the broken string. Could you please help?

I can't figure out what do after giving the nurse him gameboy...

You have to bring him other things he has lost like his action figure and his manga. If you want to know exactly where those are hit me up :)

action figure is buried by the tomatoes, manga is on the bookshelf

but everything changed when the fire nation attacked.......5 stars

nvm im ok, i couldnt find the cats but everything okay now

where do i find the hungry cat i cant find them

Sorry for the late reply. The hungry cat is on top of the bookshelf in your room :)

i cant get ms Leon or Mr Taylors ending can someone help?

2. After u give him tv he would wanna go out so bring him either the lamp (beside Ms. Mao) or the umbrella for support.

3. After that you will see him in the garden. Talk to him, he will tell you that he is cold so bring him the wig from Sam's room.

4. He will comment on his tiny soldier, go inside, pick up the mat then pick up the key under it, and get viagra from medicine cabinet. Give it to him.

Ta da!!! You will get tailers ending

1. Talk to her then bring her catpoop from cats room as fertilizer.

2. She want items for scarecrow. They are:

3. Now Leona will ask you to give rest of the members there fav. flowers. They are:

Forget-me-not for the nurse, Roses for Mx. DeMayo, Cauliflower for veteran as he is allergic to pollen.

Ta da!! You have Leona's ending

Thank you! Can't wait to play later and finally get there endings!😊

AAh I'm sorry for the late reply. In case you haven't figured it out yet. The third item you need is the coat rack! :D 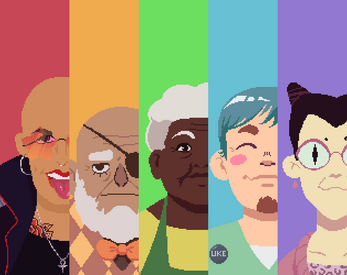 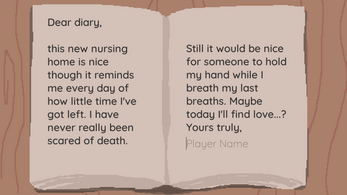 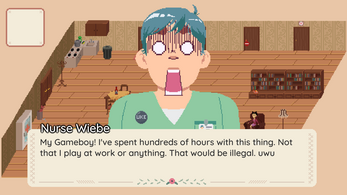 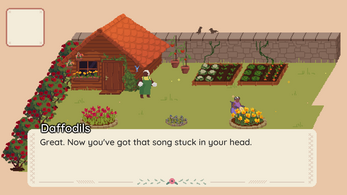 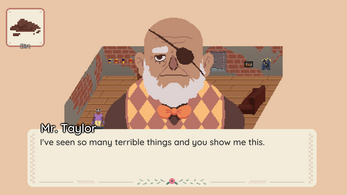 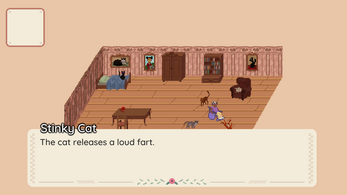